Unfortunately, this article isn’t about Slurpees, combo deals or rising petrol prices. The 7/11 principle surrounds the idea that in the first seven seconds of interaction, there are eleven things being judged about you. Yup– that’s a -lot-of judgin’.

At some point in time we’ve judged others and we’ve also been on the receiving end of being judged. Have you ever met up with someone for coffee and they’ve had something stuck between their teeth? You’ve definitely judged them.

Or, worse, you’ve gone back to the office and someone points out that your fly is undone. And then you realise you’ve been on public transport, in meeting rooms, chatting with clients, and all the while you’ve been giving people a lot more than they bargained for.

Another classic example is the famous scene from Pretty Woman, starring Julia Roberts. Vivian, a female escort, walks into an expensive boutique in beverly hills. She’s immediately refused service due to her casual clothing and demeanour.

Unbeknown to the retail assistants, Vivian has $$$ to spend, and upon her return to the store, after being mocked, she flaunts her new and costly outfit she bought from another retail outlet. Vivian then proceeds to tell the rude, judgemental sales assistants, “Big mistake. Big. Huge!” (which is literally what I feel like doing when the barrister gets my coffee order wrong).

Unfortunately, judgement is a part of life, but there are ways we can turn these judgements into positive judgements. So, how do you want to be judged? Your appearance, your brand, the words you say and the way you say them matters, because people are going to make assumptions about you. However, there are things we can do to change people’s minds and their perception of us.

Firstly, body language is key. Open body language in any interaction is crucial. Think about the first time you met someone. If they gave you kind eye-contact, an open and neutral body stance and a smile, you’re more likely to feel comfortable with this person, and this interaction becomes more memorable. On the flip-side, if you’ve ever had a conversation whilst someone is folding their arms, provides minimal eye-contact and has a resting bi#@h face… you’re probably going to swipe left.

Your visual appearance is equally critical. Now, we’re not saying that on your early morning coffee runs you have to look like you’ve just stepped off Victoria’s Secret runway (let’s be honest, a VS model appearance is a far stretch any time of day). However, taking pride in your appearance in social situations is important as it defines you and your brand.

And finally, we’re all going to have parsley between our teeth at some point in time (definitely not coriander, NO ONE LIKES CORIANDER), but it’s about making conscious choices every day about how you would like to be defined… because in 7 seconds someone will make up their mind about you. 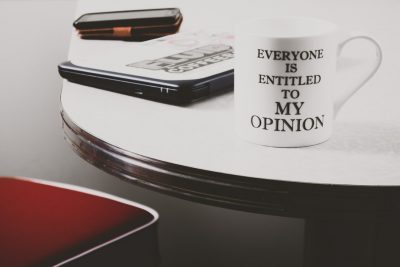