What makes a good leader? This thought came to mind while watching the Game of Thrones finale. I’ve always wanted Jon Snow on the throne, so it came as *quite* a shock when Bran was titled, King.

Bran? REALLY?!?! Bran is like that colleague who rolls their eyes, sits back and watches the drama unfold and then takes credit for everything.

After the episode aired, I scrolled through my Twitter feed and realised I wasn’t the only non-fan-of-bran. However, others (AKA DEMONS) were tweeting how ‘happy’ they were with the outcome. Of course, they were immediately unfollowed, but it got me thinking…. what are the traits of a good leader? And how as a collective do we define good leaders?

I spoke with Front and Centre’s Director Cameron Read, who shared his thoughts on the traits every good leader should possess:

For all you bran-fans, it’s quite apparent you need to improve in the visibility department. Because you obviously didn’t see that he did nothing for eight seasons and somehow ended up on the throne. Ok, my GoT rant ends there.

Moving on; visibility is crucial as a leader. Leaders who make an effort to be seen among their team and engage in conversations, receive higher levels of participation and greater performance from their staff. So, how can leaders achieve this? Cameron says,

“Make sure you take a walk around the floor, chat to your team or even send a thank you email to one of your colleagues for doing a good job”. These are small acts, but they stretch a long way, and your team will appreciate you for it.

Clarity is another essential trait. Leaders who have a clear sense of direction and can translate their visions into reality are the kind of leaders who don’t mess around.

Secondly, being able to state a clear vision of the organisation’s goals and communicate it effectively is paramount. You know that feeling when you’ve clearly communicated your order to the waiter, and they get it wrong? C’mon Susan, I specifically asked for an extra shot in my latte. Not extra hot (my mouth has only just recovered).

The moral of the story is that your communication needs to give people an understanding of where they’re going, and how they’re going to get there!

You know when your partner asks you what you want for dinner, and you suggest something, and they say no. And then it’s just a continuous shouting match, yelling various types of cuisines at each other? That’s called being indecisive.

On the contrary, a good leader knows exactly what they want for dinner. And as Cameron says, “People might not always like a decision, but they will often appreciate and align to decisiveness”.

And finally, lead by example. Don’t expect your team to do anything in their area of responsibility that you wouldn’t be prepared to do yourself.

Cameron suggests, “lead by example in your actions, ethics, honesty, and commitment.” 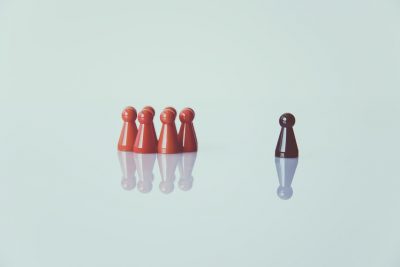 Finding us is like finding the last toilet paper pack on the shelves… you’ve hit a goldmine.

With the new social distancing measures put in place, we’re unable to offer our amazingly awesome in-house training programs *sad face emoji*. That’s why we’ve gone digital! Or as Gen X would say, ‘on the line’.Our virtual and online training packages offer energetic and engaging learning programs tailored to you and your organisation– all from the comfort of your own home. How cool is that?

We won’t judge the eight mugs sitting on your desk or cat on your lap– so grab a seat and let us work our MAGIC!

Please don’t distance yourselves from us!