What is the true meaning of success? It’s a question that almost everyone has asked themselves at one point or another. There are podcasts, books and millions of articles online, outlining steps for achieving success– but what is the real secret?

If you examine the most successful people in the world, there’s one thing they have in common. It’s not competing in triathlons, it’s not drinking a green juice with extra goji berries every day, and it’s not having high intelligence. It’s something each one of us can acquire.

I recently watched a Ted Talk with psychologist Angela Lee Duckworth. She asks the audience, “What if doing well in school and life depends on much more than your ability to learn quickly and easily?”.

I pondered this statement. My high school years were exactly that. Cramming before exams, trying to learn as much information as quickly as I could. But this never worked, and whenever I failed I saw it as weakness– not strength. And out of everything I’ve learned in life, that was my biggest mistake.

Ms Duckworth continued her speech, discussing a study she conducted which measured people’s success in different contexts of life. From trying to predict which cadets would stay in military training and which ones would drop out, to partnering with companies, asking, “which of these salespeople will keep their jobs”. There was one common denominator that emerged as being a predictor of success. It wasn’t good looks, health or IQ– it was grit.

Ms Duckworth defines grit as, “passion and perseverance for very long-term goals”. She also says, “Grit is having stamina. Grit is sticking with your future, day in, day out. Not just for the week, not just for the month, but for years, and working really hard to make that future a reality.”.

A large portion of grit is resilience. The idea that failing and being pushed back makes you more determined. With resilience, also comes vulnerability, and for many people, including myself, failure is a complete state of vulnerability. However, Dr Dweck from Stanford University developed a concept called ‘Growth Mindset’, which is, “The belief that the ability to learn is not fixed, that it can change with your effort”.

Dr Dweck’s research highlighted how when children learn about the brain, and how it changes and grows in response to challenge, they’re much more likely to persist after failure because, as Duckworth says, “they don’t believe that failure is a permanent condition”.

Applying this notion that failure is never permanent is the best way to start building your journey towards grit. When we come to the conclusion that nothing in life is permanent, we realise that determination and overcoming challenges is possible.

And finally, as psychologist Angela Lee Duckworth states, “we have to be willing to fail, to be wrong, to start over again with lessons learned”. This is the ultimate key to success. 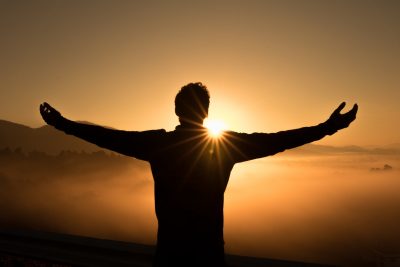