Last Friday, the world changed. A single gunman carried out a terrorist attack at two mosques in Christchurch, New Zealand, killing at least 50 people and leaving another 30 critically injured. The world changed as the horror of the massacre unfolded on our television screens, mobile phones and in real life.

This abhorrent attack has left New Zealanders and the rest of the world in shock and utter pain. But there’s one thing this attack failed to do– divide us.

In the face of this atrocity, Jacinda Ardern, the New Zealand Prime Minister, has displayed exceptional leadership in what she has called New Zealand’s, “darkest day”.

Sadly, we shouldn’t be surprised that a leader of a country is doing precisely what they were voted in to do; however, similar atrocities in other nations have painted a bleak picture of how world leaders respond in the face of a crisis.

Take President Trump for example. In the aftermath of every school massacre and mass shooting in America, Trump has never provided definitive responses and actions for tightening gun control laws and policies.

In fact, when the time comes for Trump to speak up about the U.S gun epidemic, he doesn’t. He blames mental health and video games for these shootings and just about everything in between. But not guns.

As Greyser (2009) highlights, honesty and transparency in any crisis are absolutely crucial. Because in the face of crisis, people turn to their leaders for support, answers and most importantly, a leader.

Jacinda Ardern exhibited tremendous clarity, calmness and confidence when she responded to the massacre, in what would have been a dire circumstance to do so.

In her initial press conference, Ardern labelled the right-wing extremist a terrorist and was quick to acknowledge this event was an act of terrorism, “It is clear that this can only be described as a terrorist attack,” she said.

But probably her most captivating and powerful statement was, “I can tell you right now,” she said, “our gun laws will change.”

This decisive response was met with praise and recognition from both politicians and people worldwide, as we knew we were in the hands of a real leader.

Not only were Jacinda’s words what we needed to hear but her actions spoke volumes of her humanness. Visiting the local Muslim community in Wellington, Ms Ardern spoke to grieving individuals. Powerful images of the Prime Minister greeting and hugging mourners went viral. And no, this was not a political statement; this was an authentic and empathetic human being, who felt what we all felt– anguish.

What I believe differentiates Jacinda Ardern from other world leaders is empathy. Because while her direct and immediate response to this massacre is what we should expect from our leaders, it was her understanding, compassion and genuineness that made Ms. Ardern a leader the world needed in the face of pure evil.

Al salam Alaikum. Peace be upon you. 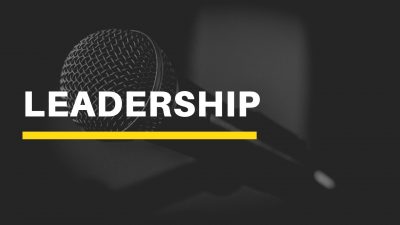