I was working last week with a new manager who had recently taken up the role in a finance based organization and he asked me as so many new people managers do – what makes a “great manager”?

I started to list off all the attributes that you would recognize – almost text book stuff and it struck me that really, you can talk about these things all you like, you can list them off and provide ideas on how people can get there but the reality is, the best people managers I have worked with, studied or indeed admired have one main trait….

They are exceptionally self -aware. That is it you may ask?  Just that?

Well , think about it.  Every one of us has strengths and areas for development. The BEST people managers are able to recognize in themselves the things that they are good at and ensure their reports benefit but just as importantly and more challenging, know what their limitations are and ensure their team is not hampered by it. They (just like their team are expected to do) work at getting better at these areas and don’t just go by the old adage.. “I’m the manager so its my way or the highway!”…

Let me give you a good example. One manager I worked with was very analytically minded and amazing at extrapolating data to help build a plan or position. It became very evident in speaking to his team, that these skills although not innate for his team, had been coached and developed and their planning process was second to none. They knew exactly what they were doing, why and when.

The flip side, was a manager I worked along side. Truth was, if he held up the mirror,  he knew he didn’t work really hard himself, so trusted NOONE to do their job. This meant he hounded them, micro managed them, set up ridiculous attempts to trip them up and spent nearly 70% of his time in “managing” them as he described it. Were they successful – no – his turnover was enormous. Were the people in that group poor at there job – I hazard a guess to say no, they were just reflections of his own management weaknesses. They were never trusted to actually DO their job.

So – before you enroll in  a course or attend your next development session – hold up your mirror and truly ask yourself – where do my strengths and weaknesses lie? Your management “success” will often be a reflection of them! 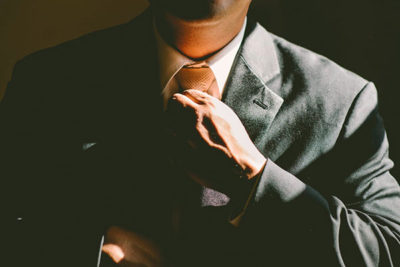